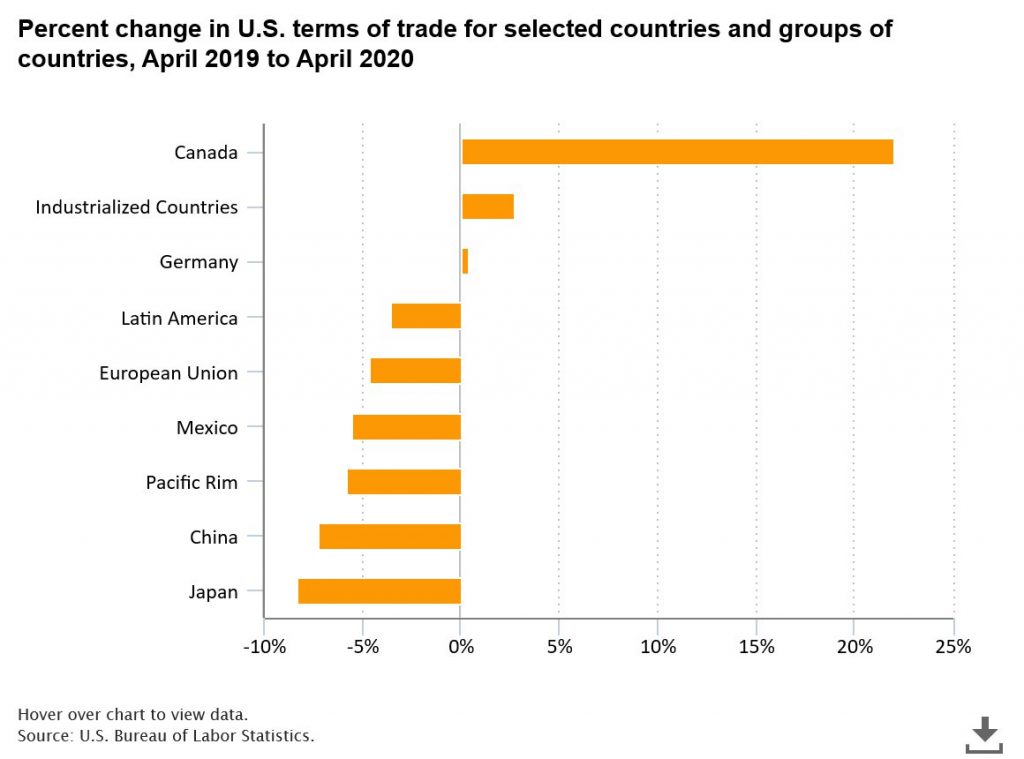 These data are from the International Price program. To learn more, see “U.S. Import and Export Price Indexes — April 2020.” Also see our blog post about measuring terms of trade. We also have more charts on U.S. import and export prices. Import and export price changes may be revised in each of the three months after original publication.

The countries that compose the groups are: