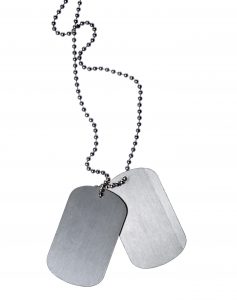 With nearly 1.3 million active-duty troops and another 865,000 in armed forces reserves, the U.S. boasts one of the largest military forces on the planet.

This fighting force is less than 0.5% of the total U.S. population.

Many Americans outside the military have little exposure to the skills and experience veterans acquire during their service. This lack of exposure can become a challenge as veterans look to re-enter the workforce and as prospective employers look to hire valuable talent (especially as it is now in short supply).

The primary challenge is awareness. Since much of the population is not routinely exposed to the military there is a between the military and the citizens it serves. This causes commonly distorted perceptions formed through portrayals in movies or in the media. I want to try to squash misperceptions. Service members and veterans will benefit, but so will companies that may be underutilizing a skilled and loyal talent pool.

Trained to be Trainable

From the moment they join, service members are expected to continuously learn and develop. Service members must master the art of adaptability — from learning how to follow orders and complete specified tasks to knowing when to take initiative and bear responsibility — all in an environment where improvisation is key and individual roles may shift from day-to-day.

Lots of training occurs on the fly as service members find themselves charged with new responsibilities in different environments.

Take, for example, young infantry soldiers. When they enter the military, they are trained in basic tactics and techniques. However, when they hit the ground, they may be responsible for doing humanitarian relief, peace-keeping operations or instructing other military organizations on tactics and how to act professionally.

These roles require a broad set of skills, ranging from employing weapons systems to earning trust and building relationships. A company looking for capable and adaptable employees — especially a company lacking resources to provide extensive training or simulations to develop this flexibility — will do well to consider veterans.

Thanks in part to this wide range of roles and responsibilities, service members often achieve the kind of big-picture perspective that is key to being an effective leader. They do so relatively early in their careers. These “junior” leaders become cross-functional at a very early age.

Military careers often provide a broad set of experiences, some of which many would not necessarily have chosen. Such experiences may not normally occur until much later in most careers — in many circumstances, not until eventually reaching the C-suite.

In addition, many service members have plenty of experience formally overseeing and developing others. By their early 20’s, many of these service members are responsible for the training and deploying of teams, as well as the well-being of subordinates. They are often accountable for millions of dollars in equipment.

The notion that these early experiences can translate to leadership success in the corporate world is consistent with research by Northwestern University Kellogg finance professors Efraim Benmelech and Carola Frydman. They found that firms run by CEOs with military experience perform better under pressure than those run by other CEOs.

Early In adapting to military life, service members learn early to set aside their personal interests for the greater good of the team. They are trained to think and act with a bias toward improving the entire organization.

When veterans leave the military, they are not likely to leave this attitude behind. Witnessing what people and teams can achieve with trust and being part of an organization that puts self-interest aside and focuses on achieving an objective leaves a mark.

Interestingly, this selfless mindset can work against veterans in the earliest stages of building a career in the civilian world. That is because veterans are often unaware of this bias and reluctant to promote their own capabilities.

The military relies heavily on after-action reviews (AAR): debriefings used to analyze a mission afterward by assessing what happened and determining what can be done to improve future outcomes. These reviews can be brutal, but the rigors of the AAR also make veterans adept at utilizing constructive criticism.

A sort of AAR has also become a useful tool for many companies. Periodically assessing whether a project or process was successful and how it could have been improved offers a good development opportunity. It also exposes employees early and often to opportunities to find blind spots, and to learn from their own mistakes and the mistakes of others.

Constructive criticism helps build trust in an organization. All can learn to have that candid conversation, “I had a shortcoming. I did something wrong. You have done something wrong. Now let’s figure out how to fix it.”

What Service Members Can Do

If service members tend to be highly trainable, personally responsible, selfless, and good at taking criticism, why do many of them have trouble attracting the attention of hiring managers?

The main reasons seem to revolve around:

• Many veterans do not view their experience as being unique or impressive making it difficult to sell potential employers on that experience.

• Hiring managers are often unfamiliar with military structure and struggle to understand the various roles and responsibilities service members hold during their careers.

Private nonfarm business sector multifactor productivity decreased 1.7% in 2020, the largest decline since the Great Recession period of 2007–2009. This 2020 decrease reflects a.
View Post

Pending home sales dipped for a second straight month in February, according to the National Association of Realtors®. Each of the four major U.S. regions.
View Post