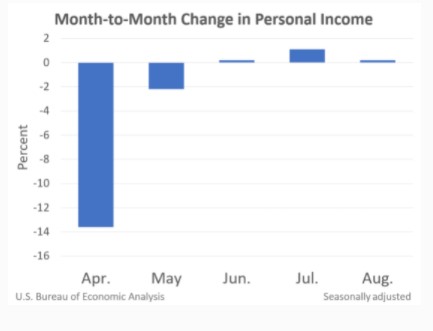 Updates to Personal Income and Outlays

Estimates have been updated for April through July. Revised and previously published changes from the preceding month for current-dollar personal income, and for current-dollar and chained (2012) dollar DPI and PCE, are shown below.

The U.S. Census Bureau and the U.S. Bureau of Economic Analysis announced that the goods and services deficit was $73.3 billion in September, up $7.6 billion from.
View Post