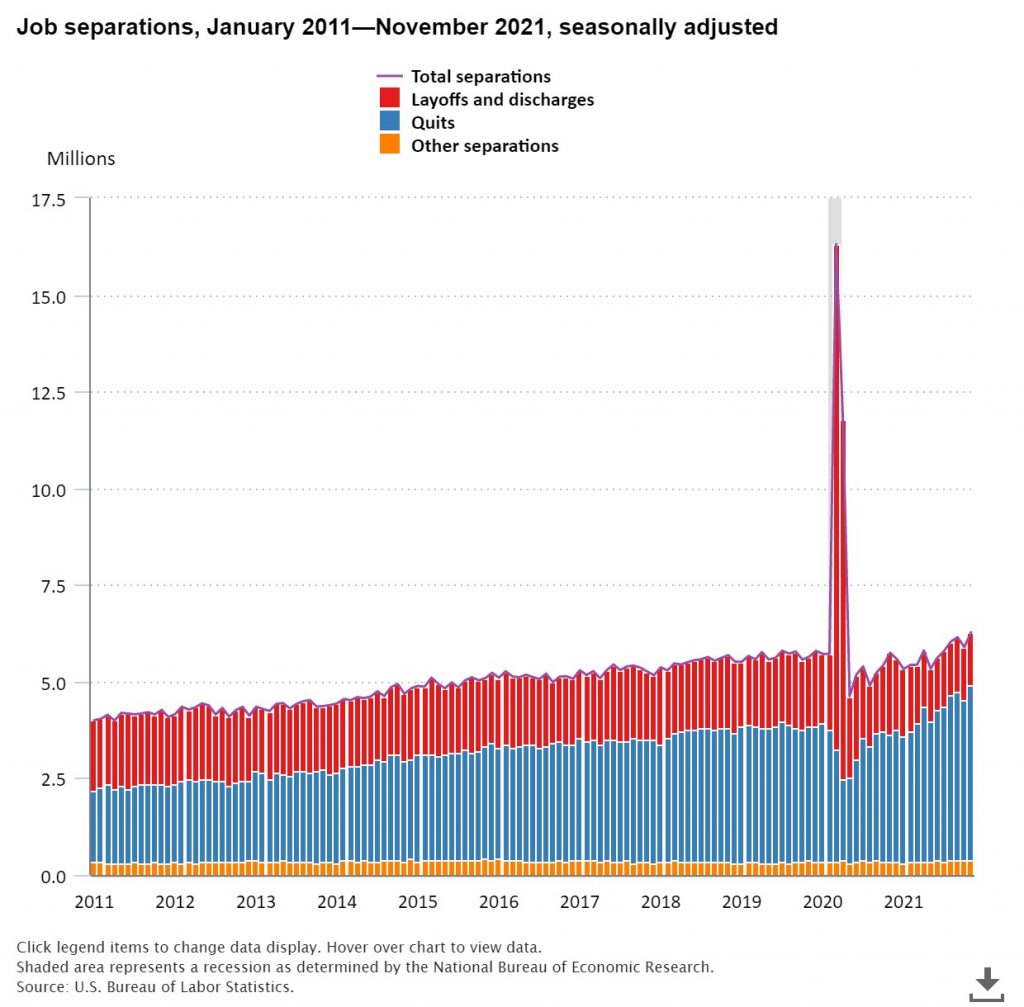 The number of other separations was little changed at 377,000.

These data are from the Job Openings and Labor Turnover Survey and are seasonally adjusted. Data for the most recent month are preliminary. To learn more, see “Job Openings and Labor Turnover — November 2021.” Also see charts featuring data on job openings, hires, and separations. Total separations is the sum of quits, layoffs and discharges, and other separations. Quits are generally voluntary separations initiated by the employee. Therefore, the quits rate can serve as a measure of workers’ willingness or ability to leave jobs. Layoffs and discharges are involuntary separations initiated by the employer. Other separations includes separations due to retirement, death, disability, and transfers to other locations of the same firm.

The Freight Transportation Services Index (TSI), which is based on the amount of freight carried by the for-hire transportation industry, fell 0.2% in February from.
View Post