Trailer/Body Builders provided extensive on-site coverage of last week’s NTDA Annual Convention at The Broadmoor in Colorado Springs, CO, spotlighting both the draw of the Convention and the economic power of the semi-trailer industry.

“A record 765 members and guests attended the 28th Annual NTDA Convention at The Broadmoor here last week, a gathering that included association updates, an inspiring keynote address, economic forecasts and market updates, educational sessions, lakeside networking and even a little golf for a good cause. And that’s to say nothing of the deer in the gardens, the wolf on the patio, the tomahawk throwing or the Jeep tours. 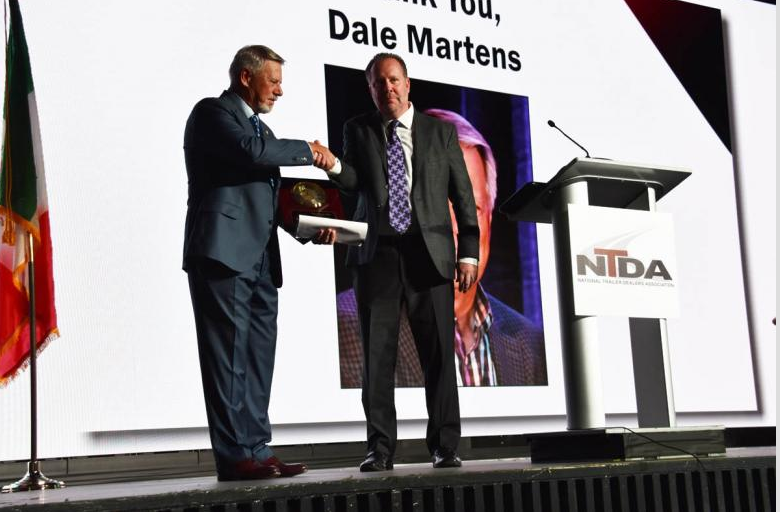 In a timely appearance Thursday, American Trucking Associations President and CEO Chris Spear provided a hot take on breaking policy initiatives regarding trade and vehicle autonomy, and he also emphasized the importance—in this period of prosperity for trucking and transportation equipment suppliers—of seizing the moment to take action to protect the industry.

Speaking at the annual meeting of the National Trailer Dealers Association, Spear said he was “very encouraged” by the trade agreement with Canada reached earlier this week, with Mexico already on board, to extend the trilateral NAFTA pact that began in 1994. He cited the statistics, noting that Canada is the largest trading partner of the US, and that 71% of border crossings with Canada occur by truck, along with 82% of those crossings with Mexico. All told, trucks account for 76% of NAFTA surface freight.”

The National Trailer Dealers Association (NTDA) recently installed John Princing, the president of Scientific Brake & Equipment, as Chairman of its Board of Directors during the association’s Annual Convention at The Broadmoor in Colorado Springs CO.

“John is a strong proponent of the trailer industry and his stewardship will help the Association expand its industry outreach,” said Gwendolyn Brown, NTDA president.

A photo montage of the event by journalist Kevin Jones is available here. Enjoy!

The National Trailer Dealers Association (NTDA) is pleased to announce the future dates and locations of its Annual Convention. NTDA is dedicated to gathering the.
View Post