Manufacturing activity in the region declined overall in July, according to the firms responding to this month’s Manufacturing Business Outlook Survey. The survey’s indicators for current general activity and new orders declined further into negative territory. The shipments index was positive and rose slightly, while the indexes for inventories and unfilled orders were negative. The employment indicators declined but remained positive. Both price indexes fell but remain elevated. The future indicators suggest that firms expect overall declines in activity and new orders but increases in shipments and employment over the next six months.

The diffusion index for current general activity decreased for the fourth consecutive month, falling 9 points to -12.3 in July (see Chart 1). Although most firms reported no change in activity (61%), the share of firms reporting decreases (24%) exceeded the share of firms reporting increases (12%). The index for new orders declined for the second consecutive month, from -12.4 to -24.8. However, the current shipments index rose from 10.8 to 14.8. The indexes for current inventories and unfilled orders were negative, at -9.3 and -10.4, respectively. 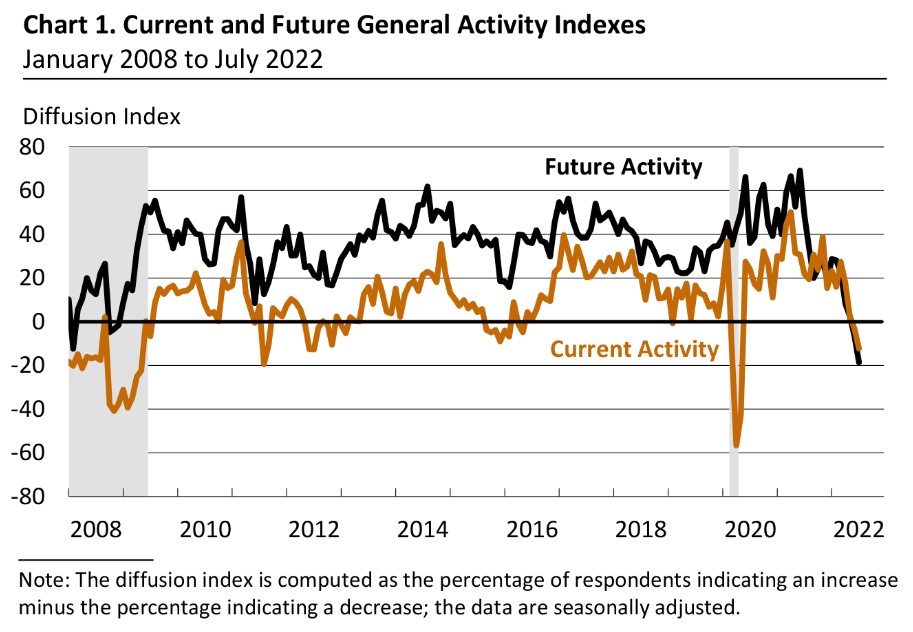 The firms still expect higher costs across all categories of expenses in 2022, but median expected increases were unchanged or lower than when this question was last asked in April for most categories. Responses indicate a median expected increase of 7.5 to 10% for energy and for raw materials and of 5 to 7.5% for intermediate goods, health benefits, and total compensation (wages plus benefits). 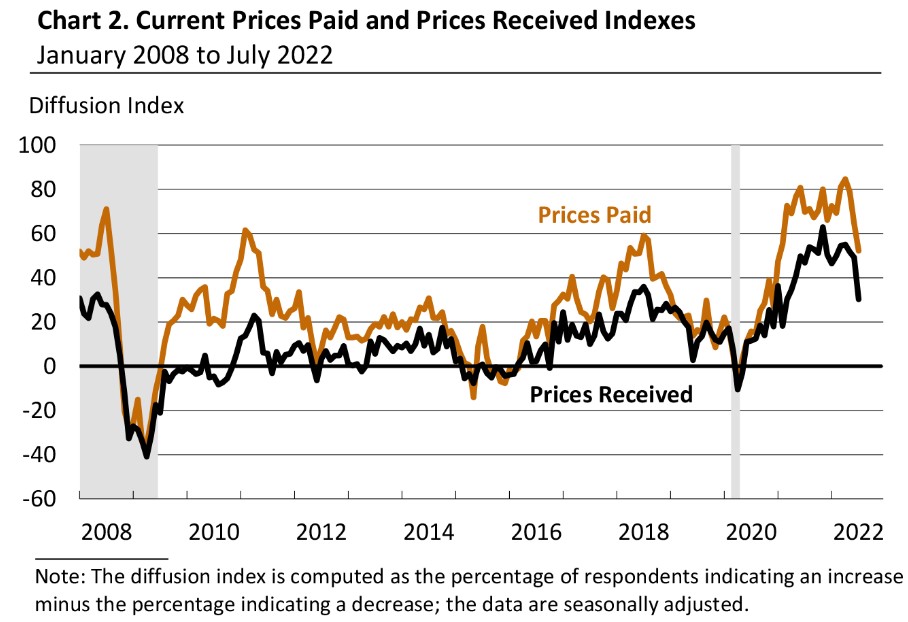 Responses to the July Manufacturing Business Outlook Survey suggest overall declines in regional manufacturing activity this month. The indicators for current activity and new orders remained negative, while the shipments index rose slightly. The firms continued to indicate overall increases in employment and widespread increases in prices. The indicators for future general activity and new orders remained negative, suggesting that respondents expect overall declines over the next six months.