The labor force participation rate was 61.6% in September 2021. September marked 17 months into the recovery from the February–April 2020 recession. While the participation rate has increased by 1.4 percentage points since its low in April 2020, it is 1.7 percentage points below the pre-recession level of 63.3% in February 2020. An economic recovery marks the period after a recession ends and before another begins. 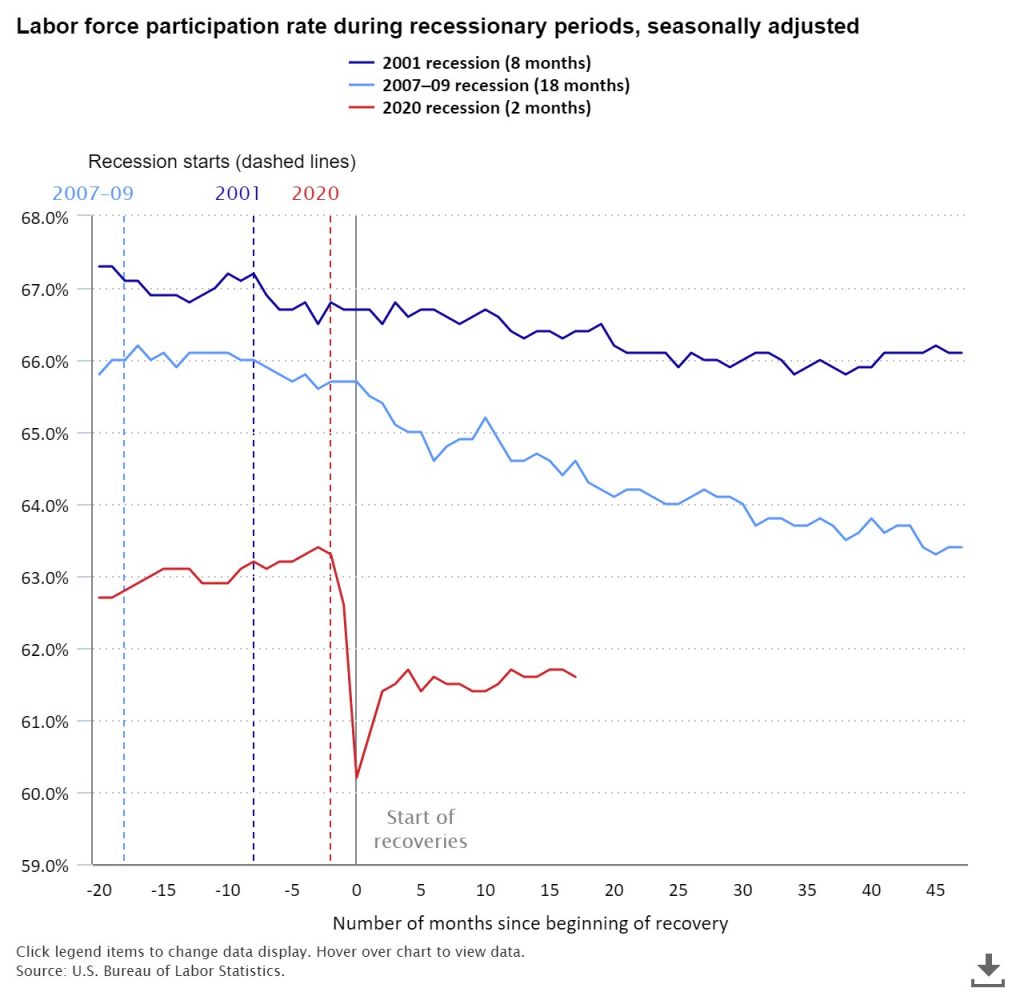 The labor force participation rate never fully recovered to its pre-recession levels following the 2001 and 2007–09 recessions. At the start of each new recession the rate has been lower than it had been at its lowest point during the prior recession.

In the week ending Nov. 27, the advance figure for seasonally adjusted initial claims was 222,000, an increase of 28,000 from the previous week's revised.
View Post