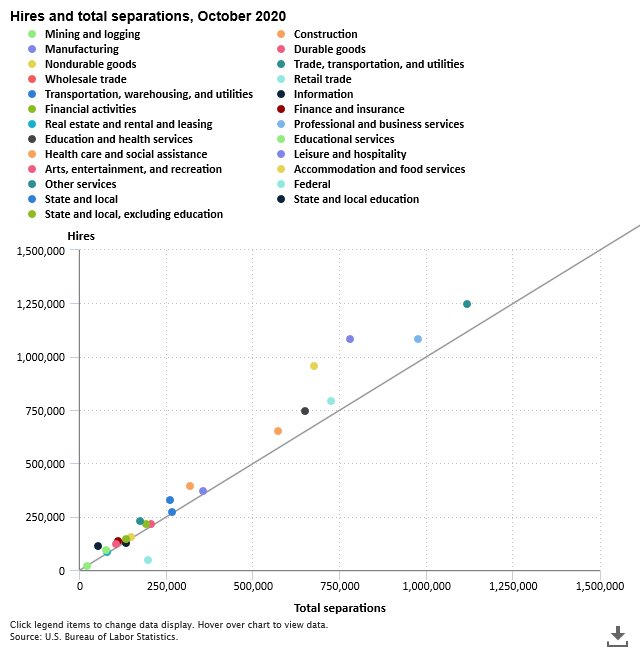 In October 2020, professional and business services and leisure and hospitality also had over one million hires for the month.